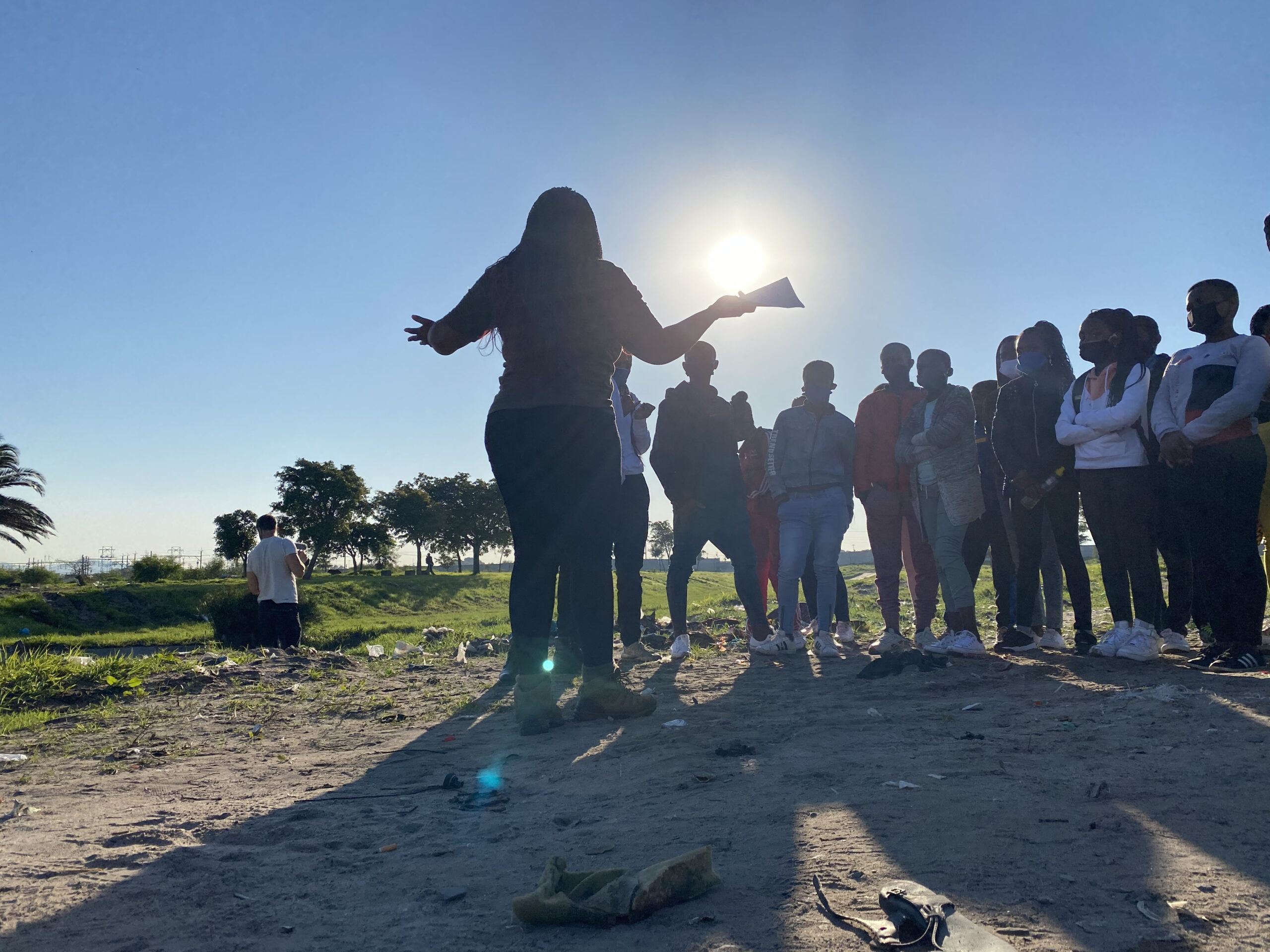 On July 24 Pristine Earth Collective hosted our first Youth Awareness Event on the Lotus River. We took 22 youths and 2 community leaders on a “source to sea” type journey of waste along a single river, in partnership with the City of Cape Town’s Green Jobs department (an employment program tied in with river cleansing and invasive plant species removal).

The day started at an illegal dumping hotspot where we had previously done a collab clean up with the Litterboom Project. Waste services and lack of awareness are a deep-seated issue in the community, leading to dumping issues such as these. The learners were shown the direct impact of the waste at source, within their community.

We then transported the learners further downstream, to a Litterboom on the Lotus River in Grassy Park, another underserved community. Here the Litterboom installed across the river traps the surface waste and intercepts ocean-bound plastics. This allowed us to illustrate the intensity of waste that travels downstream daily toward the wetlands of Zeekoevlei and showcase interventions.

From there the learners were taken on an exciting boat trip on the Zeekoevlei, kindly provided by the Friends of Zeekoevlei & Rondevlei. This gave the learners a first-hand experience of the delicate ecosystem at the end of the river, which is annually drawn down to flush into the ocean of False Bay (Muizenburg). They enjoyed this immensely, especially after months of being locked down in their neighbourhoods.

The learners were given the opportunity to connect the actions upstream to the destination of the waste and explained the potential impact of simple changes at home. It was a great chance to talk about opportunities in the conservation space, with career possibilities should they wish to pursue their passion for the environment further.

Feedback has been very positive from the community leaders, with the youths forming clean up groups to work in their areas of Gugulethu to clear unused spaces and drive change in their communities and homes.