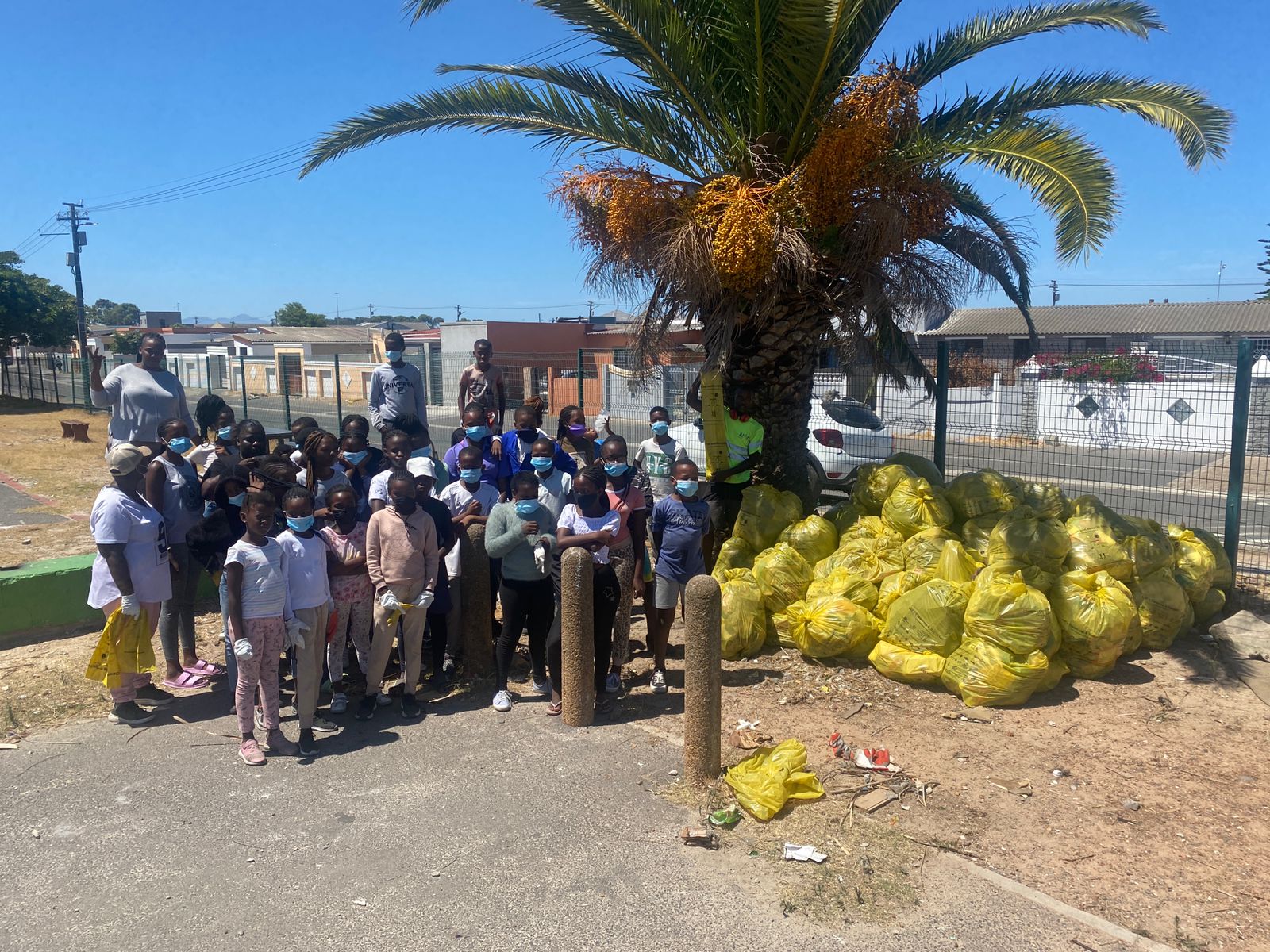 The children of Gugulethu deserve clean and safe parks to play in!

Those of us that are fortunate enough to live in a clean suburb, with parks that are free of rubbish and rubble may take this privilege as a given, but for some, finding a clean and safe outdoor area where their children can play is a struggle. On 29 January 2022, the Gugulethu environmental champions chose one such park to clean up, for the benefit of the entire community.

The area was laden with rubbish and building rubble, of which the latter is almost impossible to remove by hand. But the youths were not discouraged and worked tirelessly in the heat to clean whatever they could. Thando and Makhasela from our Pristine Pathways Constantia project joined in and by midday, the group had cleaned 109 bags of rubbish! After their hard work, the youths enjoyed their choice of lunch, hotdogs, provided by PEC.

We hope that events like these not only help to clean the suburb but also serve to change mindsets in the community about keeping their neighborhood clean and standing up to illegal dumpers.