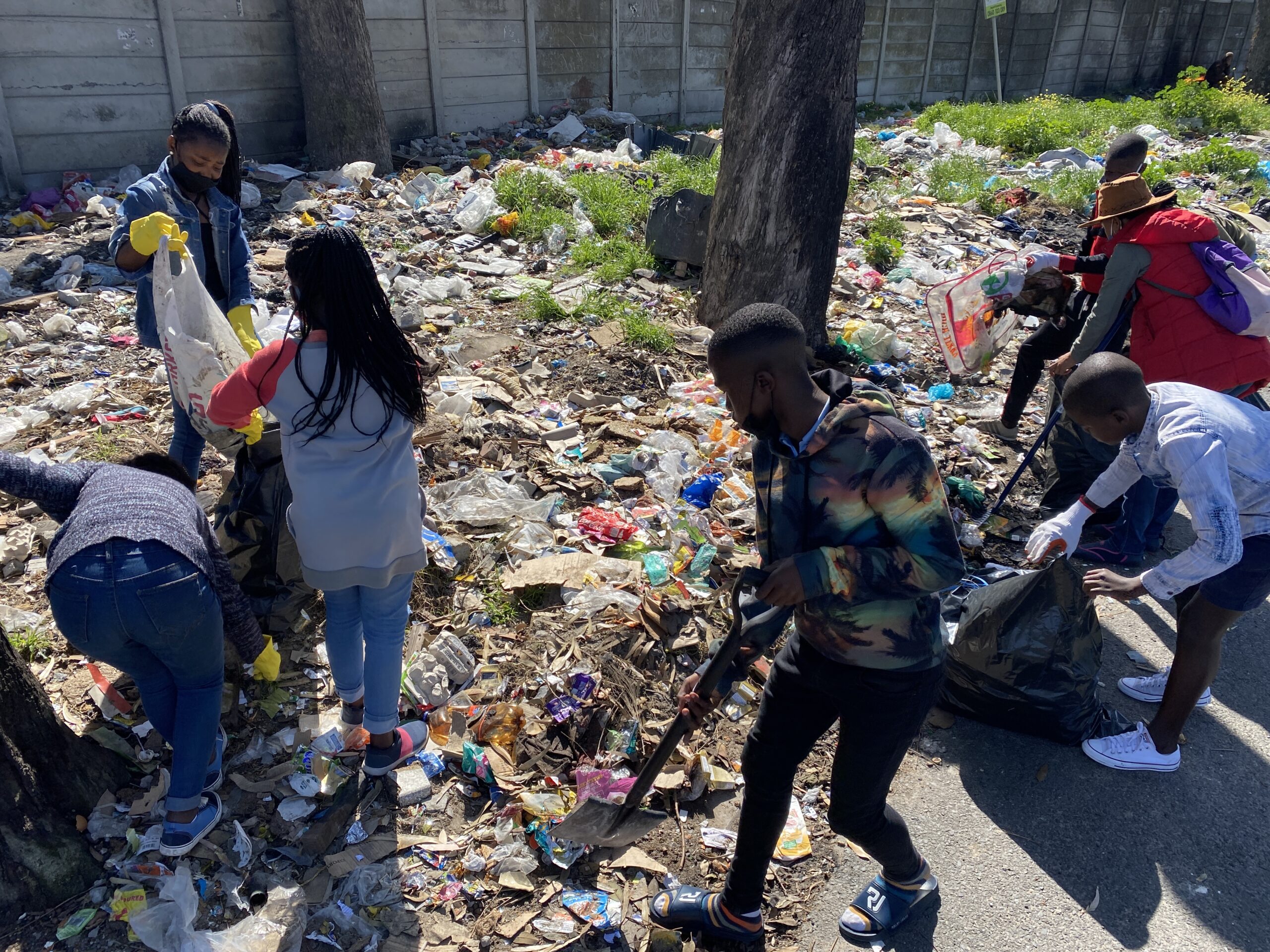 What a day! #WorldCleanUpDay2020 took place on Saturday, 19 September. The country and coastlines were electric with citizens doing their bit for a cleaner world to live in. We celebrated the day #upstream in Gugulethu Cape Town with a passionate group of 42 youths to clean up selected dumping hotspots in the community. Many of these youths were involved in PEC’s July Awareness event and August community clean-up. These inspired community champions are showing impressive initiative and are fast becoming environmental stewards tackling pollution at the heart of their neighbourhood.

With such a great turnout of youths and joined by the City of Cape Town Green Jobs Department, we split into three teams to tackle three dumping hotspots nearby. In 2 hours almost 500 bags of rubbish was collected! That’s over 2 tons of litter that was prevented from ending up in our oceans, rivers, and other areas where litter has no place. A big thank you to our partners who added both support in the cleanup as well as goodies for the youth members:

What did you do for #WorldCleanUpDay2020?